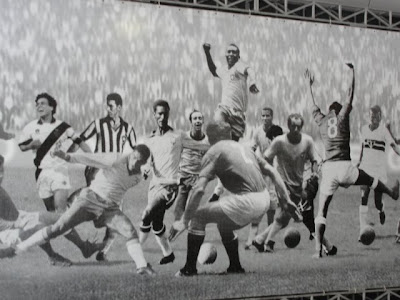 Going to Maracanã is to  receive the best we have in our country, soccer is the favorite activity of all  the people  who visit our city, in 2010 World cup in Africa we tried to win all the games ! now Maracanã will undergo a major reform in the Stadium the same that Pelé played , the decision was that the Maracana stadium will be close to the Brazilian championship matches after Sept. 8th , the Brazilian Football Confederation (CBF) said they had a meeting with the Football Federation of Rio de Janeiro (Ferj) to make the decision the closure was motivated "purely for technical reasons in order to preserve the safety and comfort of the fans." Thus, the Maracana will receive only three more matches before being completely closed: Fluminense x São Paulo (August 28th ), Fluminense x Palmeiras (September 1) and Flamengo x Santos (September 5).
Postado por Diana Persi às 8/16/2010 06:07:00 PM