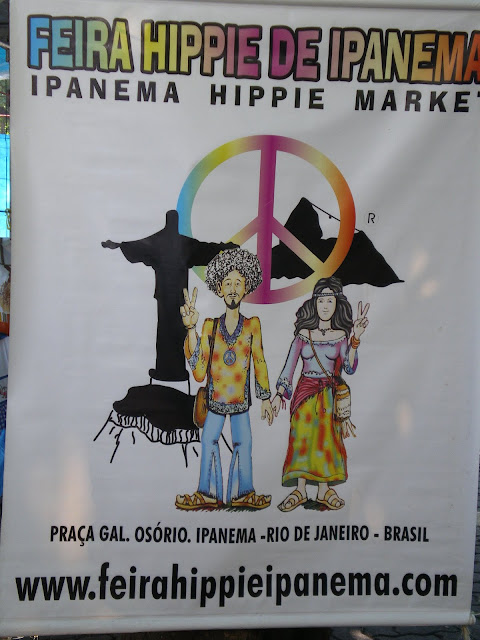 The Flea market  is open   every  Sunday  from 7:00am to 9:00pm  without exception since 1968 , it is located on  General Osorio Square at the end of "Visconde de Pirajá" street , where it intersects with "Teixeira de Melo" street 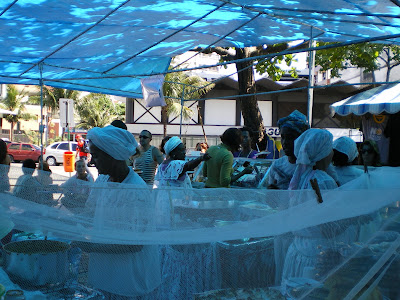 on  this fair you can find typical food from Bahia


Bahia (Portuguese pronunciation: ¨ baˈi.a ¨  is one of the 26 states of Brazil, and is located in the northeastern part of the country on the Atlantic coast.
It is the fourth most populous Brazilian state after São Paulo, Minas Gerais and Rio de Janeiro, and the fifth-largest in size. It is also one of the most important states in terms of history and culture in Brazil, and is comparable to Pernambuco in Brazil's Northeast Region.
Bahia's capital is the city of Salvador, or more properly, São Salvador da Bahia de Todos os Santos, and is located at the junction of the Atlantic Ocean and the Bay of All Saints. The name "bahia" is an archaic spelling of the Portuguese word meaning "bay" and comes from All Saints' Bay, first seen by European sailors in 1501. 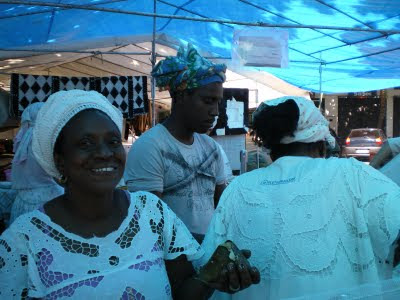 It was in Bahia, the region of Porto Seguro and Santa Cruz de Cabrales, the fleet of Pedro Alvares Cabral arrived in 1500, marking the discovery of Brazil. On 1 November 1501, the Genoese navigator Amerigo Vespucci discovered the Bay of All Saints. The village formed in these banks became the first seat of the government-general, Tomé de Sousa arriving in 1549 to fill the position.  Known as the "Land of Happiness", that because of its gay population and festive events that contribute to its high tourist potential, which has been little explored by its coastline, the largest in Brazil, Chapada Diamantina, Recôncavo and other natural beauty and historical and cultural value. 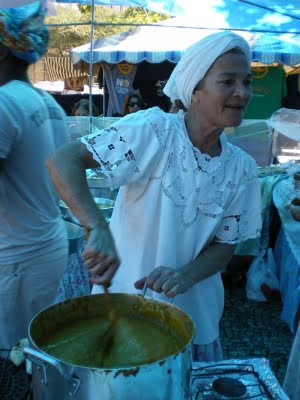 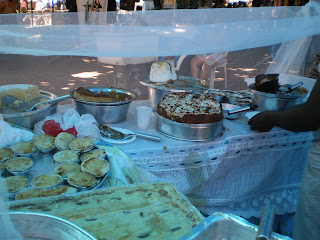 
SAUCE:
1 onion
200 grams of dried shrimp
palm oil
salt and pepper to taste
Preparation:
ACARAJÉ: Let the black-eyed beans soaked in water until tender (about 6 hours). Drain water and leave the beans in stone with the roller. Then remove the peel and black dots. Pass in the blender with the onion and a little water. Remove from the blender and place in a bowl beat with a wooden stick. Season with salt and fry by spoonfuls into oil palm hot.


SAUCE: Beat in a blender pepper, onion and a little water, then add the dried shrimp turning the blender to mix only, without dissolving the shrimp completely. Take fire for cooking and drying. Finally, add the olive oil. Cut tamales in half without separating the two halves, fill in and serve hot, immediately after removing from the fire. 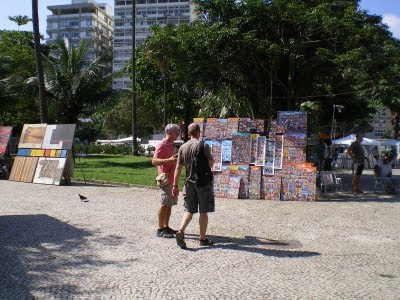 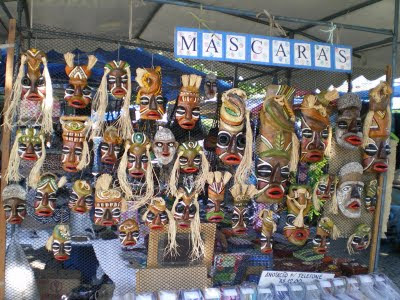 on the hippie fair you will find pictures of the most diverse painters, each with its characteristic some of them  are pictures of Copacabana, other from fishermen, painters from Bahia , ones are from the  Brazilian Indians, the slums 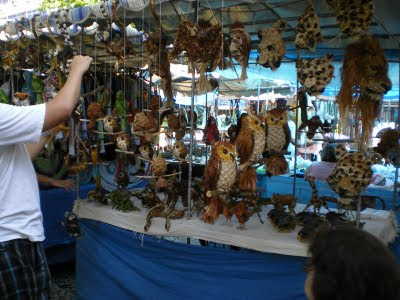 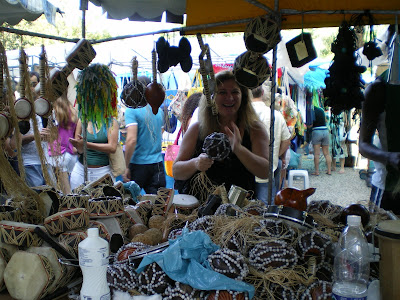 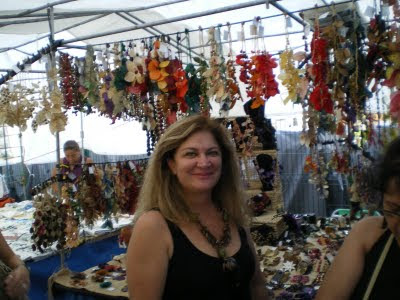 this is a place where the native  jewelry are made from annatto seeds, beans, bark typical of Brazil,tourists can by all sort of things from t-shirts to jewelry, handicrafts, musical instruments, belty purse, suitcase,hats 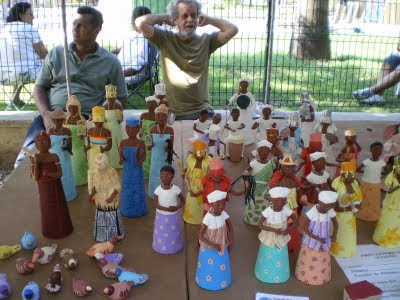